The Longines Elegant Collection – A definition of elegance 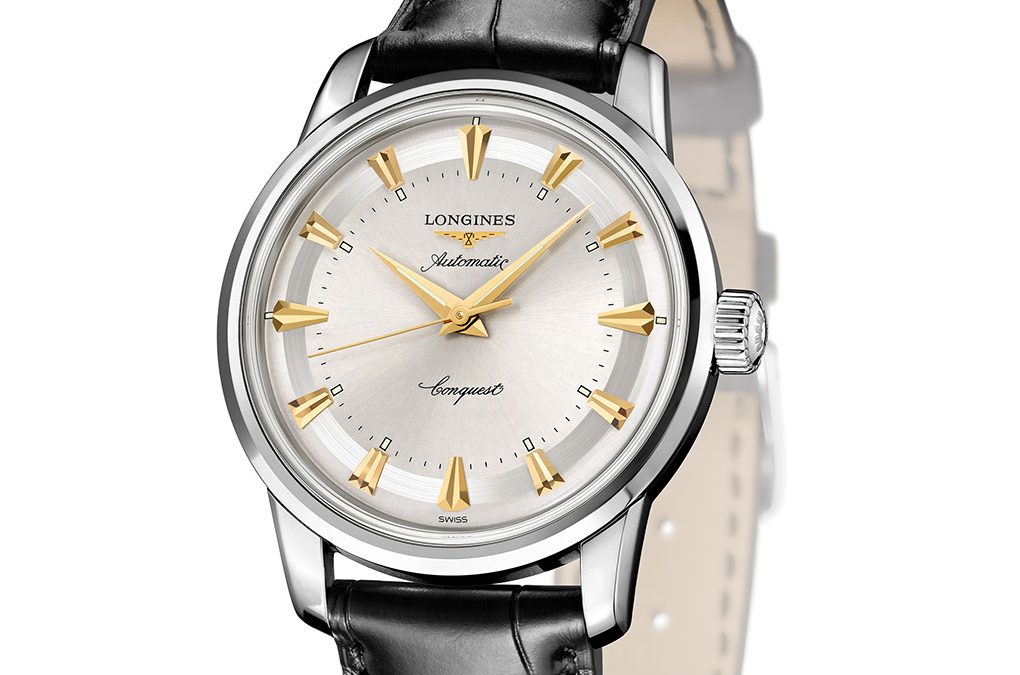 This year, Longines celebrates the 60th anniversary of the filing of the patent for its “Conquest” brand. To mark this occasion, the Swiss watch company is launching its Conquest Heritage 1954-2014, a selection of timepieces based directly on the very first Conquest watches. Available in steel, yellow gold or rose gold, these numbered models, issued in limited series, boast the same dials that made the name “Conquest” famous among the general public. And just like the original versions, the case back of these commemorative pieces is decorated with a gold and enamel medallion, the “gold seal of Longines quality”.

On 5 May 1954, Longines registered the name “Conquest” with the Swiss Federal Intellectual Property Office. Appreciated as much for their precision as for their design, the first pieces in this line immediately won the hearts of the general public. The name Conquest was soon associated with timing great feats, notably for calculating the speed record for crossing the Atlantic. Sporty and yet elegant, the Conquest models underline the importance of living life to the full and making the best of one’s time.

To mark the 60th anniversary of the registration of the Conquest name, Longines has now brought out its Conquest Heritage 1954-2014 line of commemorative watches. The word “Conquest” is inscribed on the dials in the original typeface as a reminder of those watches that have survived through the ages and retained their contemporary and classical beauty. The first version, available in steel, yellow gold or rose gold, has the same silvered dial decorated with a sun-burst motif as the very first Conquest model dating from 1954. The second version in yellow gold is fitted with a gilded dial. This model is a reinterpretation of one that was presented at the time as “the new jewel in the proud Conquest line”.

As with the original models, the case back of these re-issues is decorated with a gold and enamel medallion. This distinctive feature – the “gold seal of Longines quality” – was a guarantee of quality specific to the original Conquest line. There are two versions of the medallion: that used for the models in gold is in the form of a constellation and that used for the models in steel represents a fish. Fitted on a black alligator strap, the Conquest Heritage 1954-2014 models are all numbered. The exclusive versions in gold are limited to 60 pieces only and the series of steel models is limited to 600 pieces only.